All About Robbie Why is Burns so popular today?

He has a national day named after him on the 25th January each year. Burns suppers are celebrated on this day with traditional dishes of haggis and whisky and recitals of his best-loved work. At New Year all over the world, his poem ‘Auld Lang Syne‘, a sincere expression of friendship is sung. His face has featured on banknotes and his books have been translated into over forty languages.

Although he died over 200 years ago in 1796, why has Burns become a poster boy for the Scottish identity and why is he more popular than ever today?

So who is this national bard? He was a farmer’s son who could speak to the common man. His life growing up among the ordinary people of Scotland meant he could write about nature and hardship as well as love and family. He also led a colourful and varied life which exposed him to different sections of society.

He was born in a small town in Ayrshire in 1759, the son of a tenant farmer. He was well-read and was educated both at school and at home. He began writing while working on his father’s farm and his first works were songs declaring his love to local girls.

Burns’ first collection of poetry, ‘Poems Chiefly in the Scottish Dialect’, was published in 1786 and includes favourite ‘To A Mouse’. It became known as the ‘Kilmarnock Edition’ after the town in which it was published and all copies were sold within a few weeks.

Burns had been planning to emigrate to Jamaica but, encouraged by the success of his book, he stayed in Scotland where he took the Scottish literary world by storm. He published a second edition of his poems but his popularity did not make him wealthy. He liked a drink and frequented the Globe in Dumfries and due to his lifestyle, the money made from writing did not last long.

By 1787, he was working as a farmer again and built Ellisland Farm in 1788.  Despite Burns’ increasingly radical views, he took a job in the Excise Service in Nithsdale. The hard work this job entailed and his dissolute lifestyle took their toll on Burns’ health and he died on 21 July 1796 aged 37 on the day his son Maxwell was born.

Ellisland is a national treasure as it is so unchanged and shows us exactly how he and his wife, Jean lived during the peak of their wealth and the height of his poetical inspiration – Robert Burns described Ellisland Farm as “the poet’s choice” he experienced his most creative and fruitful years here at Ellisland. He found great poetic inspiration in the beauty of the surrounding countryside, the various people he met and the events he witnessed whilst living here.

Although Nithbank was built some years after Burns death, there is one account of his association with Nithbank’s family of the time. 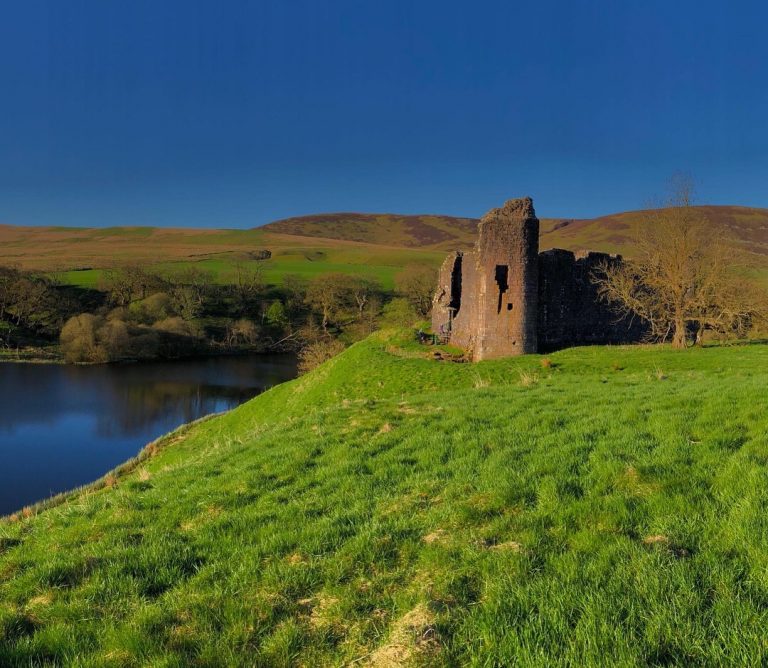